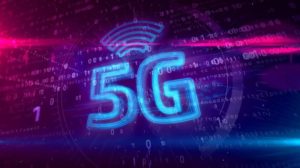 5G is the 5th generation mobile network. It is a new global wireless standard after 1G, 2G, 3G, and 4G networks. 5G enables a new kind of network that is designed to connect virtually everyone and everything together including machines, objects, and devices.

5G has huge transformational potential across industries with its services-based, cloud-native architecture and higher-frequency bands that enable a greater amount of data to be transmitted in real time.

Why 5G technology is significant?

The process of conducting 5G Trials has begun in India. Telecom service providers have been asked to conduct 5G trials in rural & semi-urban areas as well. 5G technology is expected to deliver greater spectrum efficiency and better download speeds. A global telecom industry body expects India to have 920 million unique mobile subscribers by 2025, which will include 88 million 5G connections.

Challenges in adoption of 5G technology in India:

5G Technology is expected to usher a new era in the technology sector. The ultimate goal is to shift to a technology that facilitates requirements of both the rural and urban areas and India has a long way to go.

If you are preparing for Defence Exams, TIDES Academy offers dedicated Coaching courses for different Defence Exams like NDA, CDS, CAPF(AC). For more information call us at 98961 06442